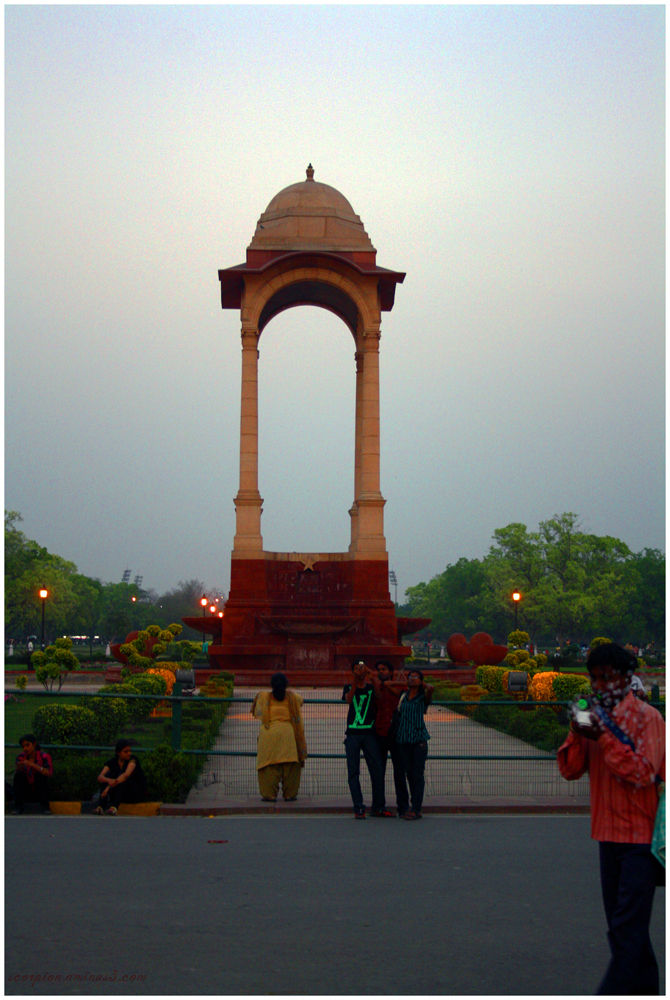 Posted by Sunder (Chennai, India) on 9 April 2011 in Cityscape & Urban and Portfolio.

Standing right behind India Gate is an empty canopy made out of sandstone, also designed by Lutyens, and inspired by a 18th century Mahabalipuram pavilion, that until Independence of India in 1947 had the statue of King George V, which now stands in the Coronation Park, Delhi. There were multiple plans and calls to have a seated or standing statue of Mahatma Gandhi installed, which were subject to debate and have not been agreed upon.

That is so cool.

Wow - fantastic framing! The light and colour are superb as well.

Wonderful perspective. I really like the soft tones and light

It looks like a marvelous monument to me... as is. A fine picture with very nice color control. I really like the deep, saturated colors.

Political wrangling is the same the world over it seems. ;-) A nice shot of this waiting to be filled canopy.

Interesting structure. Thanks for sharing.