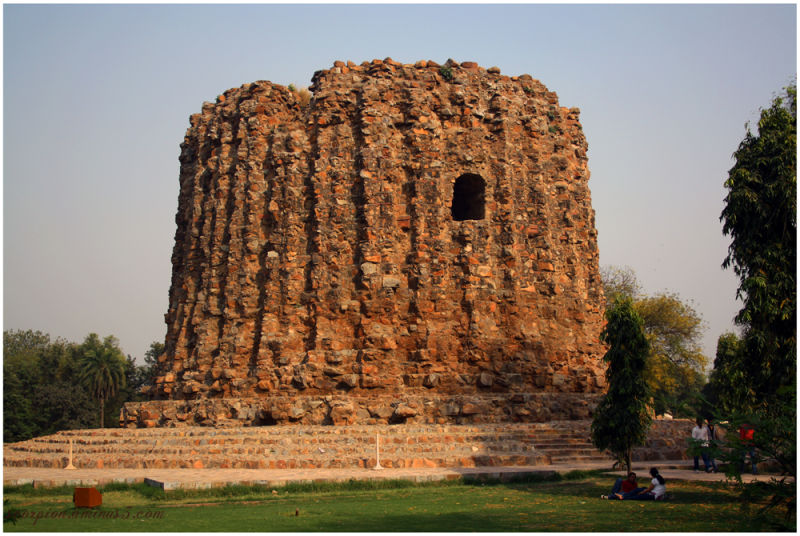 Posted by Sunder (Chennai, India) on 21 April 2011 in Architecture and Portfolio.

Alauddin Khilji started building the Alai Minar, after he had doubled the size of Quwwat ul-Islam mosque. He conceived this tower to be two times higher than Qutb Minar in proportion with the enlarged mosque. The construction was however abandoned, just after the completion of the 24.5 meter high first storey core; soon after death of Ala-ud-din in 1316 AD, and never taken up by his successors of Khilji dynasty. The first storey of the Alai Minar, a giant rubble masonry core, still stands today, which was evidently intended to be covered with dressed stone later on.

Superb framing and detail on this fascinating ruin. Very interesting information as well.

Interesting information to go with this impressive shot Sunder! ;-)

What an astounding relic of amazing chunky rough texture and rich color. Looks like it should crumble, but will not for a long time I'm sure. Thank you so much for sharing the image and educating us.

You always find such interesting structures to show us. It is wonderful.

An impressive structure even if it was never completed. I love those rich, warm colors.

What an unusual structure - well shot.

I think it is beautiful the way it stands now.